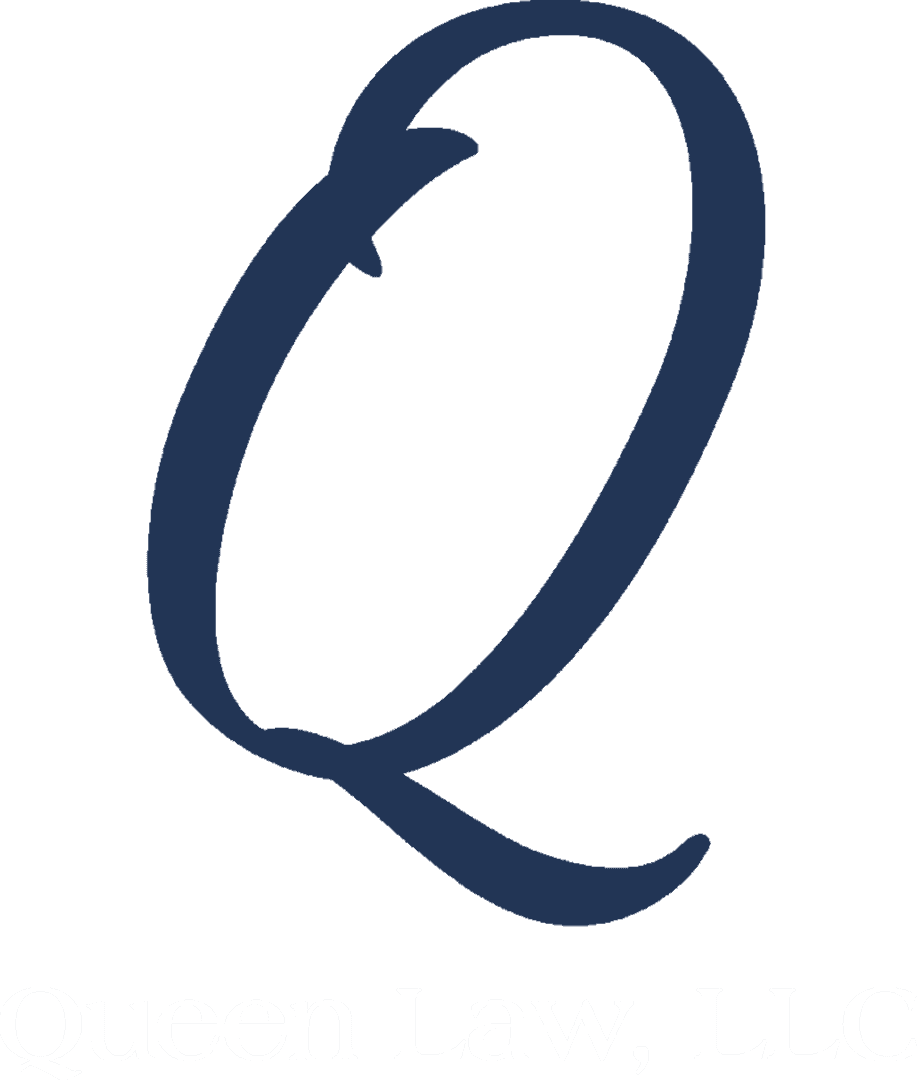 The Role of a Defense Attorney Peoria-Bloomington IL
The main role of defense attorneys is to represent people who are charged with crimes in court. Regardless of whether the charge is a misdemeanor or a felony, or whether the sentence is a relatively minor fine, community service, a prison term or even death, it’s the defense attorney’s job to provide their client with competent, aggressive representation.

Legal representation during criminal proceedings is essential for anyone charged with committing a crime. According to the U.S. Constitution, all citizens facing charges must have legal representation. If you have retained the services of a Defense Attorney Peoria-Bloomington IL or are thinking about doing so, it’s helpful to be informed on what services you can expect.

Criminal law is a complex body of federal and state legislation. In fact, each state frequently establishes its own definitions and punishments for state crimes. Although most crimes are considered state crimes, there are exceptions such as those that result in destruction of federal property or injuries to a federal employee. While many people may lack a working knowledge of criminal law or criminal justice procedures, the failure to understand those procedures is typically not a sufficient defense to prevent a verdict of guilty.

You may be aware that an individual can serve as one’s own legal representation in a criminal trial proceeding, but the results of insufficient legal representation can be significant. Misdemeanors, which are viewed as less serious crimes, may only involve a fine or a short jail sentence. Felonies, which are a much more serious category of crime, can result in extended prison terms. This is why it is so important to have an experienced legal professional argue on your behalf.

Criminal defense attorneys generally help their clients during the criminal justice process, which includes the pre-trial stage. In fact, many clients opt to get a defense attorney during the investigation of a crime even before they are facing a charge. This would typically occur in the event the client is a suspect in a crime and can reasonably expect to be charged. In this example, a criminal Defense Attorney Peoria-Bloomington IL could offer guidance to the client while the client is being questioned by police to avoid divulging incriminating facts.

A Defense Attorney Peoria-Bloomington IL may also help convince a court to drop criminal charges against a client based on inadequate evidence or poor procedure. As an example, in many cases a police officer needs to show a probable cause prior to making an arrest. Probable cause means a strong reason for the belief that you might have committed a crime. If your Defense Attorney Peoria-Bloomington IL can demonstrate that police might not have had probable cause to start investigating an alleged crime scene and perform an arrest, the charges may very well be dropped even before a trial begins.

Additionally, if you are arrested for a criminal offense, you might be detained while waiting
for your trial to begin. However, you generally can be released provided that you pay a certain amount of money known as bail. The purpose of setting a bail amount is to make sure you appear for your trial. In the event the bail amount is set too high, your Defense Attorney Peoria-Bloomington IL can ask the court to lower it or even waive it completely.

For defendants who know they will be found guilty of committing an offense, a defense lawyer may enter into a plea bargain with the prosecution team. A plea bargain is basically an agreement to reduce charges to a less serious crime or to reduce the sentence for a crime. Your attorney can represent you during these negotiations to enhance your probability of getting a less severe punishment. For instance, if you are a minor who is accused of assault, some jurisdictions might charge you as if you are an adult. A Defense Attorney Peoria-Bloomington IL may be able to work out a deal that deceases the charge to juvenile assault.

In a criminal trial, a Defense Attorney Peoria-Bloomington IL will examine your case to identify its strengths and weaknesses. After a thorough assessment your attorney will develop a legal strategy designed to protect your interests as effectively as possible. This might mean discussion of the pros and cons of pleading guilty – particularly when a plea bargain may be a possibility. Other stages of a criminal trial where a defense attorney provides essential services include jury selection, an opening statement and the questioning of witnesses. If your trial does not conclude in your favor, an attorney can help you with the appeals process.

In Illinois, laws are quite strict with respect to driving under the influence or driving while impaired by other substances. Even for motorists not convicted, there is still the loss of their driver’s license for one year if they refuse to take a blood alcohol concentration test. For a second refusal that penalty jumps to three years. For a conviction of DUI in Illinois, you can be sentenced to up to one year in jail and fined $2,500 for a first offense. For first time offenders, it is possible to apply for a breath alcohol ignition interlock device for driving to work or for driving to other approved purposes. If you’ve been charged with DUI, contact our firm right away at 309-245-8080

If you’re facing a drug offense charge, put our law firm’s experience and knowledge of undercover police practices to work for you. Knowing how the authorities perform investigations is crucial to preparing an effective defense strategy that can keep you from prison time or help lessen sentencing. The Queen Law Firm is knowledgeable in police tactics such as reverse buys, stings and controlled buys. We will aggressively fight the charges against you and protect your interests!

A murder charge is naturally among the most serious an individual can face. Upon conviction, the penalties are severe and life-altering. The selection of legal counsel to fight on your behalf is just about the biggest decision a defendant will have to make, with the consequences basically determining what will happen for the remainder of the defendant’s life. At the Queen Law Firm, we’re a nationally regarded team of experienced trial lawyers committed to fighting for clients who are charged with murder and Class X felonies.

According to Illinois law, an assault takes place when an individual participates in conduct that puts another person at risk of receiving a battery. Battery occurs when someone causes physical harm to another person or makes provoking physical contact with another person. The criminal charges of assault and battery are each misdemeanors punishable by jail time, fines or both. Contact our firm today for assistance if you’re facing these or other types of criminal charges.

Craig has practiced law in Illinois for approximately 20 years. Craig began his practice with an insurance defense firm in Wheaton, Illinois, where he lived for many years, most recently serving as an in-house attorney for a large international insurance company in Chicago.

Craig is very involved in the Bloomington-Normal community. His involvement includes Green Top Grocery Cooperative, the McLean County Chamber of Commerce, Bloomington-Normal YMCA, Bloomington Rotary Club, Marcfirst, Young Men’s Club and serves on the Board of Directors for the Humane Society of Central Illinois and McLean County Recovery Court. Craig is also an active member of St. John’s Evangelical Lutheran Church in Bloomington.

Defense Lawyer Near Me Bloomington IL

Estate Lawyers Near Me Peoria-Bloomington IL

Estate Attorney Near Me Peoria-Bloomington IL

Epilepsy Safe Mode
Dampens color and removes blinks
This mode enables people with epilepsy to use the website safely by eliminating the risk of seizures that result from flashing or blinking animations and risky color combinations.
Visually Impaired Mode
Improves website's visuals
This mode adjusts the website for the convenience of users with visual impairments such as Degrading Eyesight, Tunnel Vision, Cataract, Glaucoma, and others.
Cognitive Disability Mode
Helps to focus on specific content
This mode provides different assistive options to help users with cognitive impairments such as Dyslexia, Autism, CVA, and others, to focus on the essential elements of the website more easily.
ADHD Friendly Mode
Reduces distractions and improve focus
This mode helps users with ADHD and Neurodevelopmental disorders to read, browse, and focus on the main website elements more easily while significantly reducing distractions.
Blindness Mode
Allows using the site with your screen-reader
This mode configures the website to be compatible with screen-readers such as JAWS, NVDA, VoiceOver, and TalkBack. A screen-reader is software for blind users that is installed on a computer and smartphone, and websites must be compatible with it.